"GIVING YOUR PEOPLE THE WINNING EDGE" 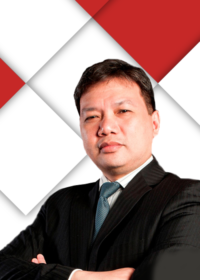 Boom is an Entrepreneur and a Consultant for business startups and SMEs. He has helped Filipinos and foreigners alike who needed to set up and/or develop their businesses in the Philippines by providing numerous services, like creating business plans, conducting competitive audits, providing agency services, and more.

He hosts the “SME Forum,” a TV Talk-Show on Entrepreneurship, aired on the Global News Network (GNN).  He has been featured in the 2012 edition of the Entrep-Planner and Union Bank of the Philippines’ 2011 Annual Report.

He is a professional and sought after Motivational Speaker, Corporate Trainer and Business Writer. As a public speaker, he has won several Toastmasters International public speaking contests and has been asked to speak in several Entrepreneurial events hosted by GoNegosyo, KaEntrep, JCI Manila (Entrep Summit), and more. As a corporate trainer, he has conducted trainings in some of the top organizations in the country, including PLDT, San Miguel Brewery, BayanTel, US Embassy, Metrobank, Emerson, Accenture, CB Richard Ellis, Vista Land Group, and many others. As a writer, he has written many articles on business in foreign and local online publications like, “This is Money,” “BBC Weekly,” “The Big NM,” and “Euro Business Weekly”.

He has a solid sales experience of over 15 years starting out as Truck and Bus Sales Representative at Diamond Motors Corporation, then as Asst. Sales Manager and Sales Trainer at Toyota Quezon Avenue, Inc.  He then became General Sales Manager at Nissan Commonwealth, Inc., after which, he shifted to the banking industry as Asst. Branch Manager of International Exchange Bank. His last employment stint was as Business Development Manager of HiTech WLL in the Kingdom of Bahrain.

He was a recipient of several sales awards throughout his selling career, among which are:

Boom graduated from the University of Santo Tomas in 1986 with a Bachelor of Science Degree in Applied Mathematics. 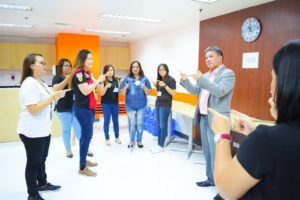 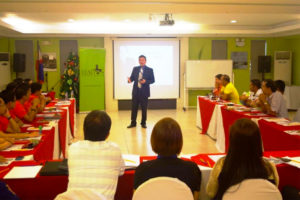